PJ Bruister has a major obsession with makeup and a slight history of violence – neither of which fly with her conservative Catholic high school.

On the heels of her third school expulsion, PJ runs into her other major obsession: Beau Browning. PJ’s been in serious lust with the sweater-vest wearing hottie for a while. Problem is, said hottie doesn’t seem too in lust with her.

So when PJ learns Beau’s thinking about enrolling his son in an ASD therapy program in town, she decides to get a job at the clinic. Working with a bunch of autistic kids sounds like exactly the sort of thing she needs to get her mess of a life back on track, and if she just happens to get a little closer to one of their dads in the process… that’s a total bonus.

Beau Browning has a new business on his hands, a serious co-parenting gig, and a five-year-old on the spectrum. PJ Bruister is a complication his busy life doesn’t need. But suddenly, she’s popping up everywhere. Airline flights. Roadsides. His son’s therapy clinic. He can’t seem to get away from her. Problem is, he’s starting not to want to… because he’s starting to have some serious lusty thoughts about his cousin’s former stepdaughter.

And she’s starting to steal his heart. 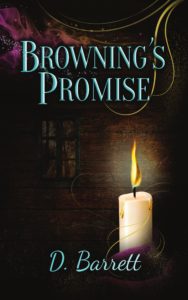 Korinne Wilkes wakes up in a crazy prison, overseen by an even crazier keeper. It’s the stuff of nightmares, but it’s real. Desperate to escape a madman and determined to return to the boy she made a promise to, she will need to find strength in the extraordinary power of her imagination.

At seventeen years old, Grayson Browning found the love of his life. At eighteen, he lost her. Now, with the help of an odd assortment of newfound friends and reunited family members, he will do everything he can to get Kory back.

They aren’t giving up on the light in their future 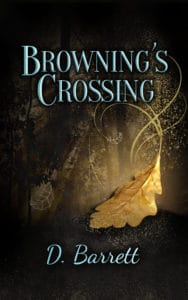 Kory Wilkes doesn’t believe in posing. She won’t pretend she didn’t grow up in a trailer park. And there’s no hiding the fact that her old man sleeps in a prison cell. The haters in high school can whisper all they like. Kory knows who her real friends are – even if one of them exists solely in her imagination.

Gray Browning has never stepped foot in a high school. He’s rarely ventured from the secluded Northern California home he shares with his brothers. And his eccentric father hasn’t slept well in years. It’s a quiet world they live in. Until her…

She didn’t plan on running to that fort in the woods.

He had no idea their paths were about to cross.

Just wrapped Chapter 37 today, and I feel like jumping up and cheering. Maybe doing some kind of happy dance like my girl, Lily. Because damn these last couple chapters were tough to write. Really delving into Lily’s drama with her parents, her lingering resentment towards her mother for the affair, and what actually happened […] Read More

Aw, feeling the flow now. Chapter 34 done.  Lots of action going on in Eli’s recording studio for this one. Which was great fun to write.  I slipped in some sexy shenanigans as Eli gives Lily a private tour of the facilities, and I worked in a big musical number. For some reason, all my […] Read More